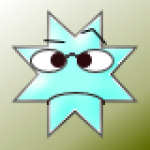 Episode 11 of Ace’s Space Radio brings us 2 fabulous individuals: modern day muckraker Joe Fitzgerald Rodriguez, aka FitzTheReporter, who chronicles local news, politics and interests for KQED. Previously, he wrote for the SF Examiner and has developed a reputation for hard-hitting stories about local figures in San Francisco. Our other guest is the Almost Infamous Potstar, writer, podcaster and overall weed expert/ historian, Bobby Black, formerly of High Times Magazine. #VinylSpotlight brought to us by AudioVision SF is Hollywood Hate, and we debut a new track by MX The American ( a metal band from West Virginia) called “Coming Home”! Additional music by The R Train Band, Six and Violence, King Diamond, The Nickel Slots and Danny Brant!