B Side Mikey Show / Mia Zapata, The Gits 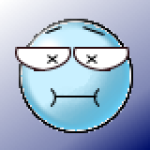 Tonight on the B Side Mikey Show we pay our respects to Mia Zapata of The Gits. It goes down between 8pm & 10 PM (PST) in Studio 1A. She was considered in some ways the next Janis Joplin even though she was in a Punk/Rock band. She was taken off of this planet tragically to soon. The band was right behind the big blow up scene in Seattle & ready for the prime. Their music just stopped, without her awesome controlled voice to help lead the band to the fame they deserved. You can share your thoughts by calling in at 415-829-2980. Facebook me at Michael S Sojda & LIKE my biz page which is B Side Mikey Show. “Sweet Kayla” has some great facts to discuss as well as “Bart Man” with his most obscure / sometimes factual Bart’s Bag! Don’t drink & drive folks! \m/