Lilycat on Stuff – Who shot JFK? 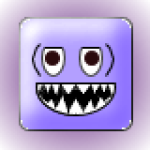 This Sunday..Left Coast Writers are back with stories of a political nature….
Find out the truth about who killed John F. Kennedy and why when Left Coast Writer and attorney Mark Shaw appears to talk about his controversial book: The Poison Patriarch: How the Betrayals of Joseph P. Kennedy Caused the Assassination of JFK. Vanity Fair called the book “Daring.” Kirkus Reviews said “TPP is a clearly written polemic . . . on the corruption of power built around an intriguing theory.”

Shaw, the author of 20+ books and counting, and a former legal analyst for ABC, ESPN, and CNN, focuses for the first time on why Robert Kennedy was not killed in 1963. Doing so shines the spotlight on the Jack Ruby Trial (he killed Lee Harvey Oswald) and how that trial and the representation of Ruby by legendary attorney Melvin Belli is the key to solving the greatest cold case in history. Shaw will also discuss how the corruption and power of 50 years ago relates to today’s political world. More about Shaw may be discovered at www.markshawbook.com .

0 thoughts on “Lilycat on Stuff – Who shot JFK?”