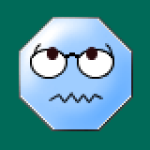 This weeks Metal Groove Radio will cover a topic we have been talking about for the past YEAR ! We will be tackling the MYTH that when the Grunge Movement took mainstream hold in 1992 that it was the ONLY thing that mattered, anytime you see any sort of news or documentary on the history of music, whenever Sam Dunn, Eddie Trunk or the like talk early 90’s music they speak as if Grunge was so big it erased any other music at the time…..WRONG ! so we will rip ABSOLUTE GENRE-DEFINING ALBUMS that were released in 1992 (or late ’91/early ’93). host PJ Boston will also chat with co-hosts Imac and Foze who both were living in so-cal in ’92 and get their personal perspective on a year that not only defined music but help shape all our lives. So, tune in LIVE tonight from 6-8pm, go ahead and friend me on Facebook (@PJ Boston or Metal Groove Radio on facebook) or drop a tweet @realpjboston. And thanks again so much for all the support â€“ our fans keep us going â€“ we love you all !!!! \m/ \m/