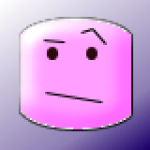 Welcome to another edition of The Cool Lounge. During the first hour we’ll feature M.I.A.’s latest album AIM (2016).

AIMis the fifth studio album by English rapper and record producer M.I.A.. It was released on 9 September 2016 by Interscope and Polydor. Prior to its release, the rapper claimed that it would be her final album. M.I.A. worked on the composition and production of the album with a…