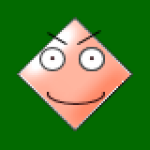 The Boro this week salutes the birthdays of emcee Big Daddy Kane and jazz musician Roy Ayers.Â Roy Ayers (born September 10, 1940) is an American funk, soul, and jazz composer and vibraphone player. Ayers began his career as a post-bop jazz artist, releasing several albums with Atlantic Records, before his tenure at Polydor Records beginning in the 1970s, during which he helped pioneer jazz-funk. He is a key figure in the acid jazz movement, which is a mixture of jazz into hip-hop and funk, and has been dubbed by many as “The Godfather of Neo Soul”. He is most well known for his signature compositions “Everybody Loves The Sunshine” and “Searchin”. and is also famous for having more sampled hits by rappers than any other artist.Â Antonio Hardy (born September 10, 1968), better known by his stage name Big Daddy Kane, is a Grammy Award-winning American rapper who started his career in 1986 as a member of the rap group the Juice Crew. He is widely considered to be one of the most influential and skilled MCs in hip hop. Today MightyL will be spinning selected heat from both artist. So join the Boro team this eve, starting at 6pm(pst) in studio 2B for all the fun.