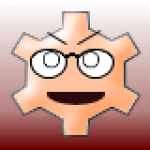 Tonight, on the mighty USS from 8-10pm in Studio 1A, we’ll be bringing two – yes, TWO – alums who have brand new albums.

First up, we welcome our good friends Toy Called God back to the show (and this time, it’s not just Patrick). They’ve got an album coming out in April called “Dirt on Your Coffin.” We’ll be talking about the new songs, playing one off the new album and some other great tunes.

Then, another set of return guests, Mukagee will join us to talk about their brand new album “Twisted Control.” We’ll discuss the new album and play a bunch of tracks from it.

Join us for two hours of brand NEW music.